The RAID drilling system was designed, fabricated and tested in Utah between 2013 and 2015, and delivered to the US Antarctic Program (USAP) in November 2015. After shipment to Antarctica the project conducted a series of Antarctic Field Trials (AFT) between 2016 and 2020 in order to test all of the components, validate performance specifications and demonstrate full capability of the drilling system in the Antarctic environment.

A timeline of key milestones includes:

As of 2022, the integrated RAID system is considered operational and effective drilling rapidly through thick ice and penetrating across the glacial bed to take cores of bedrock. The FRS is expected to be shipped to Antarctica in early 2024 in order to be staged for future use on the Polar Plateau. 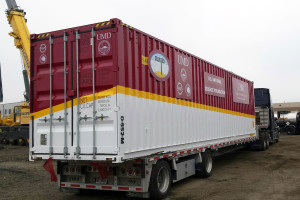